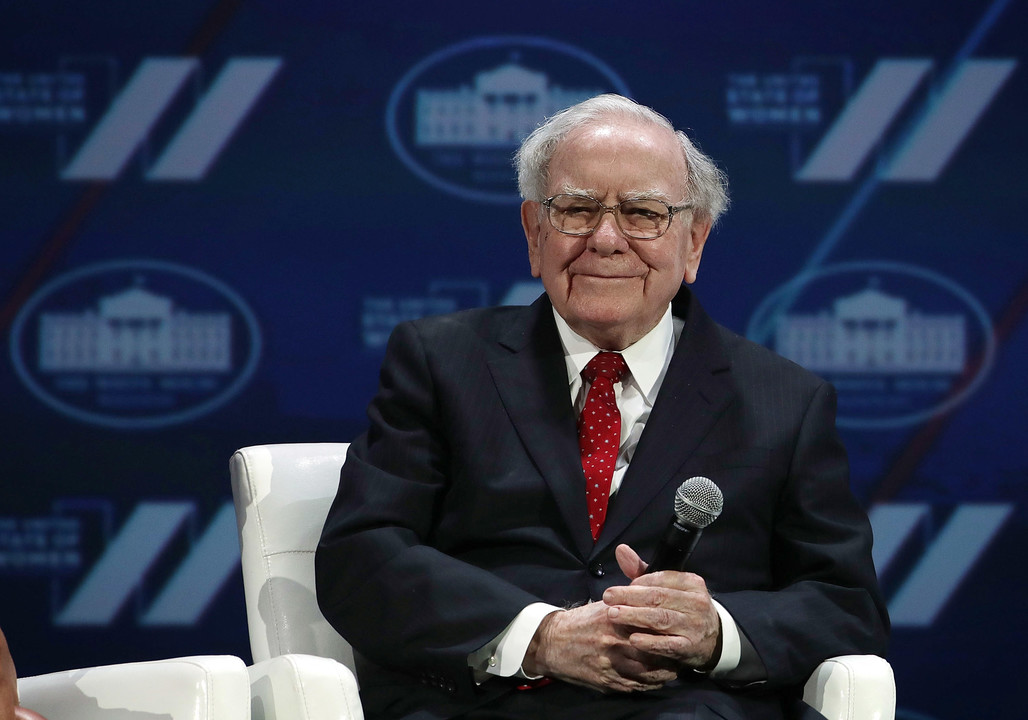 In 1967, a 37-year-old stock market investor and self-made millionaire accompanied his wife to hear a charismatic preacher. Fifty years later, the investor—Warren Buffett, now the richest man in the world—still remembers the exact words that “took me out of my seat.” When Dr. Martin Luther King Jr. quoted the poet James Russell Lowell near the end of his speech, it changed Buffett’s life. King said, “Truth forever on the scaffold, wrong forever on the throne. Yet that scaffold sways the future.”

On that day Buffett heard “one of the most inspiring” speeches of his life, one that sparked his interest in civil rights and, later, philanthropy. Around the time that Buffett saw King speak in person, the civil rights leader had been using the poetic line in speeches that ran upward of 7,500 words in length. But it was the analogy of the scaffold and throne that Buffett remembered and could still recite 50 years later.

In Rhetoric, Aristotle observes that the most persuasive individuals pepper their speech with metaphors and analogies. He says these rhetorical devices energize listeners and move them to action. They make language sweet and bring about clarity. They “make learning pleasant,” according to Aristotle. Metaphors, he says, have “qualities of the exotic and the fascinating” and provide an idea’s “verbal beauty.”

A brief lesson on verbal beauty. “Analogy” is the broad umbrella term for a comparison of two different things to show how they’re similar. It forces the listener to think differently about an idea. In everyday language, there are several forms of analogies. Metaphor is one of them. A metaphor is a literary device through which we describe one thing in terms of another, replacing the meaning of one word with another. For example, when William Shakespeare wrote, “Juliet is the sun,” he was using a metaphor. Juliet isn’t really the sun, but in four words we learn a lot about her. Juliet is a bright light in Romeo’s world and the center of his universe. Romeo speaks those words at the balcony at night, but Juliet’s radiance transforms the darkness. Shakespeare was good at this stuff.

“In many arguments, whoever has the best analogy wins,” writes John Pollack, a former speechwriter for American president Bill Clinton. “Evidence suggest that people who tend to overlook or underestimate analogy’s influence often find themselves struggling to make their arguments or achieve their goals. The converse is also true. Those who construct the clearest, most resonant and apt analogies are usually the most successful in reaching the outcomes they seek.”

Warren Buffett is a strong proponent of improving one’s public-speaking skills. He says it instantly boosts a person’s value by 50 percent. Buffett was captivated by the speaking ability of Martin Luther King Jr. and adopted one of King’s most powerful linguistic devices to stir people’s emotion—the analogy.

In May 2017, more than 40,000 Berkshire Hathaway shareholders descended on Omaha, Nebraska, to watch Buffett and his longtime partner, Charlie Munger, hold court. According to a Fortune magazine reporter who attended the event, “What is most remarkable about the annual meeting is the way Buffett and Munger distill their responses to complex, technical questions into eloquent and pithy nuggets of wisdom that even novice investors can understand.”

Buffett uses analogies to make the complex, simple. Analogies are repeatable because they help us understand material we know little about. By comparing the abstract with the familiar, analogies give us a framework to explain and to understand complex topics.

In the HBO documentary Becoming Warren Buffett, Buffett’s expertise at using analogies is on frequent display. In one instance, Buffett cites a book by baseball legend Ted Williams called The Science of Hit­ting. Williams divided the strike zone into squares. “If he waited for the pitch that was really in his sweet spot, he would bat .400,” explained Buffett. “If he had to swing at something on the lower corner, he would probably bat .235. The trick in investing is to watch pitch after pitch go by and wait for the one right in your sweet spot.” In other words, only invest in companies in your “circle of competence,” the sweet spot where an opportunity meets domain knowledge.

Buffett is especially fond of medieval analogies. He looks for companies that are like “an economic castle” with a strong moat that prevents competitors from taking the castle. Buffett takes the analogy one step further, placing a knight—a strong leader—as the head of the castle. “In capitalism, people are going to try to take that castle from you so you want a moat around it and you want a knight in that castle who is pretty darn good at warding off marauders.”

Buffett made yet another analogy in the documentary, comparing his early investment strategy to a cigar butt. He would look for a company that was like “a discarded cigar butt and had one more smoke in it.” Buffett said the goal was to buy the company at the right time to take advantage of the last smoke.

According to The Financial Times, Buffett can “barely get through a sentence” without using an analogy or metaphor. “Even when Mr. Buffett is talking about something as complex, impersonal and abstract as finance, they allow him to make it sound simple, human and concrete.”

Mastering the ancient art of persuasion requires an understanding of the art and science of analogy. Persuasion cannot exist in the absence of analogy. Analogies force people out of conventional thinking. When an idea or a concept is truly different from what’s come before, unconventional thinking is required to sell to it. “Analogies work because they make the unfamiliar familiar,” writes Pollack. “They help the mind navigate new terrain by making it resemble terrain we already know.”

5 Ways to Project Confidence in Front of an Audience

If Strategy Is So Important, Why Don’t We Make Time for It?

Next post
If Strategy Is So Important, Why Don’t We Make Time for It?