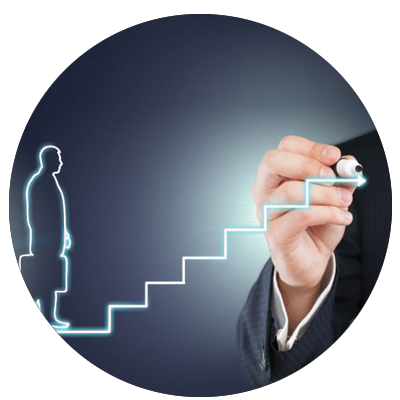 The CTO of a reputable Digital Transformation consultancy was highly esteemed for his business acumen and strategy but experienced some difficulties in adopting a more extrovert communication style that would enable him to better connect with and influence his team. He therefore decided to enter a leadership coaching program that would inspire and empower him to improve his communication effectiveness, leverage his people management skills and strengthen his public speaking competences. His expectations from the coaching program were aligned with his personal development goals: to become a forward thinker, with a “knower” mindset and the ability to maintain mental clarity and high energy levels throughout the day, during challenging working periods.

After examining all available options, he decided to join SARGIA Partners MASTERNOUSTM Coaching Solution, due to its sophisticated design, disciplined schedule and customized approach. This was the 3rd time that the organization trusted SARGIA Partners for its Leadership Team empowerment, due to its long term effectiveness on the executives’ development and impact.

SARGIA Partners leadership coaching scheme “MASTERNOUSTM” comprises of one-to-one sessions with a 6 to 9month duration. It follows a structured and systemic methodology and is exclusively designed to match each executive’s personal and organizational development needs.

During the course of our MASTERNOUSTM Coaching program, C-Level executives gain a clear insight of their distinguishable skills, strengths and personal incentives, as well as of the mental frameworks and behaviors that sabotage their growth.

SARGIA Partners proprietary MASTERNOUSTM program is based on the disciplines of behavioral science and neuroscience and is implementing the most accredited mindfulness approaches. It is designed to expand awareness, self-control and mind clarity and sharpen the skills to effectively oneself, others and the organization, in adverse situations.

Upon completion of the coaching program, the executive acknowledged a significant shift in his mindset and skillset. He reflected on topics and situations that he wouldn’t have analyzed if not guided accordingly and increased his awareness on key domains.

The CTO witnessed a significant improvement in his communication skills and gained the ability to create bonds with business associates he had it hard to connect with before.  As a result, his confidence was increased, his interpersonal communication was improved and his alignment with his leadership team became smoother.

Reflecting on the overall coaching experience, the executive stated: “I had the opportunity to engage in conversations that I would never have conducted with my colleagues or peers. I adopted a more flexible mindset and got to better know myself”.

[vc_row][vc_column][vc_column_text] THE CHALLENGE A leader of...

[vc_row][vc_column][vc_column_text] THE CHALLENGE The leader of...

[vc_row][vc_column][vc_column_text] THE CHALLENGE One of the...